Rolfing for Babies and Children 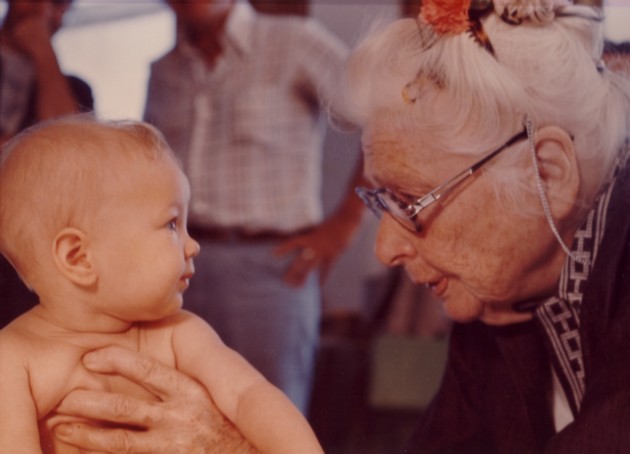 Why Rolfing For Children?

Rolfing can be helpful to bodies at any age figure out how to better deal with the stressors of gravity and being alive.

For infants, this can be anything from nursing issues to birth traumas (birth, in general, being a pretty intense event) and helping them develop better regulation of their own nervous systems and developing digestive systems. In essence, from the moment we leave the womb, we are doing our best to figure out how to survive and thrive as babies and Rolfing can be helpful in terms of easing or removing challenges to that exploration.

For children and teens, Rolfing can help deal with development challenges as they develop. The pre-adult body is incredibly adaptive and it can often be significantly more accessible to free up restrictions in tissue, allowing the body to right itself. Children's bodies also very rarely grow at the same rate throughout, leading to things like "growing pains" as they struggle to adapt to sudden changes in height or weight or changes in parts of their limbs. Structural imbalances like scoliosis can also develop in these periods and are much more accessible to work with prior to adulthood where the body settles into a predictable space.

Competitive sports at the middle school and high school levels can also run an intense pressure on the developing body, particularly since young athletes are often sitting at desks all day then rapidly transitioning into their sport(s) and then back to the desk for homework.

Every session, like every child or every adult, is different. Generally speaking though, a first session can predictably follow a few basic tenants:

Plan For Three Sessions (At Least)

The goal of working with a child or infant in Rolfing is to set them up for a long-term change. While children start in a more malleable state and change rapidly relative to adults, it's also not always a quick fix. There is also a lot of work in the first session establishing a working relationship with children (or adults) and deeper, more valuable work tends to be available in further sessions once some rapport has been established. Generally speaking, infants who've been brought in for 3-6 or more sessions tend to exhibit more calm and seem to hit development markers more readily even months down the road.

Plan To Get Some Work Yourself

While your child is an autonomous being once the umbilical cord has been cut, they are also deeply dependent on you for survival and information about how to be in the world. In the case of children between two and teenage years, I often find it helps set them at ease to see mom or dad receive a bit of work first and understand it doesn't have to be scary. For infants, there is a lot of additional stress and compromised body mechanics happening for both parents and babies in the first year or two of life and I see much better results when this can be addressed, at least in small ways, from both ends of the system.

Nothing Is Wrong With Your Child

With children as well as adults, I try to approach first from a sense of what is working and what resources are there but underdeveloped. My approach to working with children in distress starts from a basic idea of nothing is wrong but perhaps there are areas of their own movement that they are not accessing for some reason. The goal then becomes not to fix, but to engage, inviting your child, even at a few days old, to use their body or their nervous system in ways they may not have figured out yet or which they may have been restricted from trying by their own internal structure. By altering these restrictions, the aim becomes offering them more options to explore rather than pushing them to do a specific thing which they may or may not be able to understand.

Allowing Room For Their Boundaries and Autonomy

By the time a child (or most adults) see a Rolfer, they've typically been through the ringer of conventional options. In the case of infants particularly they may have been handled a myriad number of times, held down, given shots or surgery, all before they are old enough to cognitively understand what is happening to them. As such, I often find it benefits the Rolfing work to allow babies and children to maintain their own boundaries and pacing about the work we do. If they push me away, I'll generally let them and try different approaches rather than force. And if you are bringing your child for oral or nursing issues, I'll approach mouth work slowly and in a way that invites your child to engage with and consent to the work rather than sticking my fingers straight into their mouth.

Take Care Of Needs As Needed

Most applicable to infants, kids tend to run on their own schedule regardless of the environment. If a baby needs to be changed or fed during a session, you are welcome to do so and typically seeing to their needs makes the work more effective. Ideally bring some sort of cover for the table if you think changing may be needed, though it's usually not a problem. And if you are breastfeeding, you are welcome to do so in whatever manner makes you most comfortable. Breastfeeding doesn't offend me in any fashion and I usually find it's a good time to get some work on baby's jaws while they are in motion. You are also welcome to cover up or ask me to leave the room so you can nurse in private but typically I find it's most productive if we just take it in stride as an opportunity for active work on your child.

Play Beyond The Table

Ultimately, the goal of a Rolfing session is not creating complete change on the table but rather opening up potential for change to occur off the table. The more we make things easy and interesting to explore off the table, the higher the likelihood that children and adults can sustain the change and take it further in practice. As such, my goal is often less to force things open with children and more to work with them in a way that engages their curiosity. It can seem like a slow process at first but typically the results I see in the longer term from this approach end up worth the perceived slower start.

Part of the Rolfing experience is varying degrees of release, reset, and recalculation in the nervous system. In adults this often looks like deep breathing, sighs of relief, and other more socially acceptable variations. In babies, this typically seems to come in the form of either crying or pooping. Working through restrictions often happens in a way that doesn't elicit crying during, but tends to create crying after the release finishes. While I accept that this may be conjecture, my experience has been that this seems to be part of the reset mechanism for infants in the early pre-verbal stages simply because it's one of the few means of expression they have available to them at the time. So long as we keep it out of high distress type crying I generally find it passes pretty quickly and is just a part of the process of working with infants.

If for any reason, you need something else in a Rolfer, I'm happy to recommend several of my colleagues. Most often with kids this may be more comfort with a female practitioner but I will also gladly tell you if I think another Rolfer or a different modality will serve you better. I can also suggest folks in Durham or Cary if Raleigh is too much of a drive for you.

As a first time mom, I was so anxious when bodywork was suggested for my brand new baby. However, my own Rolfing experience with Jason was so positive, it led me to him as my first choice over massage therapists, and I am so happy this was the path I chose. His calming manner and gentle, baby led approach was exactly what my 2 week old son needed. His relaxing effect was evident immediately and I began to see my tiny baby begin to let go of all the tension that was causing nursing issues. It's amazing to witness your baby begin to release stress and tension right before your eyes.

Jason makes you and your baby feel so comfortable, with no judgment or pressure. After several sessions with Jason, coupled with work from a good chiropractor, my son is now 2 months old and our nursing issues are behind us! We were able to release his tightness and avoid a tongue tie revision completely. Not to mention, he's just a happier and more relaxed baby in general. Additionally, when the last thing you have time for is getting bodywork done for yourself, a joint session with the baby is a perfect way to sneak some in! Don't skip this part - your body and your baby will thank you!